For the upper and middle class, the inconvenience of working from home and limited social engagements can seem challenging for an entire month. While these are legitimate concerns and speak to issues of health and well-being, we must bear in mind that certain social determinants of health will place others at greater risk during and beyond this period. Where you were born, the fact that you work, the community you grew up in and other environmental factors will play a role in your experience (“WHO | The determinants of health,” 2015). In South Africa it is evident that inequities persist and are held up by social, economic and political influences ensuring that money, power and resources insulate some citizens while exposing others to a more dire consequence. South Africa faces major challenges if we consider that one in three South Africans lived on less than R797.00 per month (StatsSA, 2017). On top of this government spend on social development has recently increased from 259 Billion in 2018 to 278 billion in 2019 – 15% of the total national budget.

Consider this – even if all of South Africa’s billionaire philanthropists decided to donate one billion rand a year to a solidarity fund it would take them more than a century to share their collective wealth. It would appear to be easier for a camel to get through the eye of a needle. What has led to such a dehumanising experience and existence? How have we come to tolerate living in a society where abject poverty is contrasted by such extreme wealth? A simple answer would be that even with a new political dispensation a culture of silence has been maintained. We have failed to rise and unshackle ourselves from our oppression.

Even if all of South Africa’s billionaire philanthropists decided to donate one billion rand a year to a solidarity fund it would take them more than a century to share their collective wealth.

Recently the media has drawn our attention to the “good” being done by a few elites at a time of collective need. What is concerning is it that we are made to feel that the social impact being delivered by these elites is greater than the collective effort of ordinary citizens some of whom will not be returning to employment after lockdown. How is it we are expected to applaud the same people who have a hand in creating such inequities? We need to rid ourselves of this imagery! Surely, the sacrifices made by those who could ill afford to be under lockdown should receive our adulation. Should the strength of their conviction, the immediacy of their actions and mere fact that so many citizens have made this sacrifice not be lauded instead? This is where true social impact lies.

But let us for a moment accept as Braverman (2014) claims that inequity is avoidable and a “collective moral obligation” exists to reconstruct the structures and practices that place socially disadvantaged citizens at greater risk. In order for us to claim as Rawls (1971) suggests to be living in a just society, a society, “that renders the most vulnerable less vulnerable” action and collaboration is required across all spheres of society. It is clear an imbalance needs to be addressed and needs to transcend our traditional efforts. Henry Mintzberg’s suggestion that we require nothing less than reformation, on a global scale, to rebalance our heads, our societies, and our world comes to mind. He cautions that despite all the effort to deal with our problems—climate change, social injustices, the demise of democracy, and more—we will make no headway until these efforts consolidate around common cause, namely the restoration of balance. Until we all understand that combating inequality is that common cause, we will continue to fail. It is at this juncture that one should take exception to calls for a new type or modelling of philanthropy. Instead, philanthropy needs to do some soul searching.

It is at this juncture that one should take exception to calls for a new type or modelling of philanthropy. Instead, philanthropy needs to do some soul searching.

While the Coronavirus has moved with speed to cover the globe it has exposed the soft under belly of philanthropy, the slowness with which it delivers. Let’s be real – modern day philanthropy has become a means of shielding wealth. It is and will be no different to its anachronistic self. The elite build house next to house and join field next to field exclusively for their benefit. The emergence of family trusts and foundations of the elite with a social aim amongst the already 220 000 NPOs in South Africa merely serves to create a circular economy to maintain control over their “own money”. No attempts at achieving social cohesion is truly possible because philanthropy will not be able to rid itself from believing it knows best and wanting to maintain control over the purse strings. Philanthropy lacks humility to do so, it fails to apologize, listen to and include those in hurt in order to repair our society.

Any suggestion that we require new ways of philanthropy represents a type of psychogenic blindness and lacks imagination, radicalism and wisdom. It is an affront to those most at risk of contracting this virus and suffering a real economic hardship. In South Africa, the richest 5%, control 56.5% of our wealth totaling $435 billion. The top 1%, approximately 360 000 people, control 34,6% or $266.4 billion of our wealth. Those who seek to predict a future any different from what we are experiencing today without addressing the true source of our inequities runs the risk of fueling an egoistic pursuit of having. In this regard questioning where philanthropic wealth originates, why it only enters the public capitals ‘willingly’ when a life-threatening virus emerges, who manages, allocates and spends it must be answered. If money is value neutral, our attention must be directed to the values of those in possession of excessive wealth.

So where does a solution lie? What philanthropy should more earnestly concern itself with is the vaccine for a virus far more detrimental to our society. Edgar Villanueva describes the “colonizer virus” as a greater threat to our society and one that urges us to divide, control and exploit. It represents the true embodiment of how we deal with wealth and subsequently inequities in our society. It perpetuates the trauma we have experienced over generations. The vaccine, greater tax responsibilities for the wealthy, is available yet a radicalism is required to inoculate the elite. Philanthropy with its savior mentality needs to face up to this as it does nothing more than fuel the divisions within our society. In its shadow lies the promotion of an inalienable right to owning more shielding the violence committed on those Freire explains are cast as the “rejects of life”.

The vaccine, greater tax responsibilities for the wealthy, is available yet a radicalism is required to inoculate the elite.

If philanthropy was to be helpful, radicalism is required not a self-indulgent remodeling. If we want to rebalance our society, the answers must come from the most marginalized, the 50% of our population living below the upper-bound poverty line, the communities suffering daily under gang violence, the women and children brutally assaulted by men, people with disabilities willfully excluded from employment opportunities. Philanthropy must surrender itself to this. To achieve balance, we need to redistribute resources and ensure the most vulnerable no longer live at risk. No form or fashionable philanthropic modeling or gimmicking will achieve this. 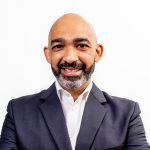 Dr Armand Bam is the Head: Social Impact and Senior Lecturer in Business in Society at the University of Stellenbosch Business School.