Restore the Soul of the Nation to Stop its Bleeding

The nation has gone through a season of intense testing and tribulation that has culminated into a tumultuous week. 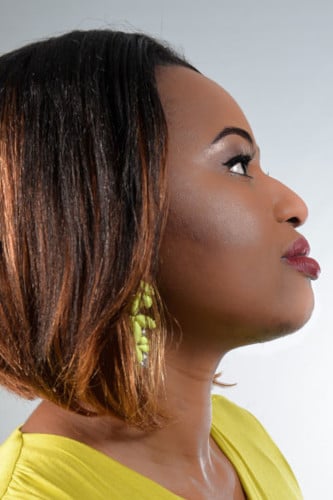 The nation has gone through a season of intense testing and tribulation that has culminated into a tumultuous week.  Heart wrenching moments that kept many of us awake as we have watched the nation bleed at the destruction of our institutions, downgrading of the economy, and vicious attack against her soul from all angles. I believe we must now rebuild the broken pieces, as a nation well capable and armed to do exactly that.  A nation must be judged by how the most vulnerable in society are treated.  With violence against women and children reaching frighteningly high proportions.  Spousal abuse by intimate partners, molestation of children, intimate partner killings, sexual violence statistics show the majority of South African women have been violated in one way or the other.  Children too. Shocking statistics shown by the Centre of Violence and Reconciliation and Statistics South Africa lead me to believe this cannot be solved by government interventions, judicial processes and the justice system alone. South Africans are bleeding.  4% of 15 year olds teenagers are mothers, one in 4 women experience violence from a loved one, the horrific nature of sexual violence against children we know all too well.  The State of the Nation Address (SONA) should address the true state of our nation, we are hurting and need healing.

I believe we must now rebuild the broken pieces,
as a nation well capable and armed to do exactly that.

Surprise swept across the nation last week as the first ever SONA was postponed. These last 4 years we have seen a series of knee jerking and nail biting events taking place at previous SONAs. We have watched South Africa robbed of its decorum and dignity in what once was a dignified event. The lobbying and divisions we saw in Parliament due to justified reaction by opposition leaders at the lack of decisive action against acts (and non actions) within Parliament (by leaders still in power), paralyzing the nation. One need not see the delay as a calamity, but rather a time for us to see the division that has torn apart our nation. Has the State of the Nation truly delved into the status and condition of our nation so that we can move forward? Unless a man looks at himself in the mirror and sees his true condition, dealing with the flaws will be deemed ineffectual. We need the incumbent President of the Republic, to tell us the true state of the nation.

Many experts agree that South Africa is bruised and battered from a divided and dysfunctional education system, with Grade 4 learners that can barely read and write. Our teachers lack content knowledge and presence in the classroom, we decimated ourselves with the closure of teacher training colleges. We need to urgently revive and reclaim areas where we have lost substantial ground, not just these last two terms but since time memorial. At the State of the Nation we need to hear of how improvements in the education sector will be done, as a matter of urgency. If we do not rectify our underperformance, we set our children up for failure with a pass rate of a measly 30%, failure will remain systemic within our entire department and transformation of our nation will remain a dream.

The nation is bleeding from the crisis in education system which will inflict far greater harm on the national development plan agenda than we could ever envisage in the long run. The calamity of 67.4% unemployed youth, leaving the majority of our most productive on the fringes of economic activity is a tragedy. The failure of the South African labour market and economy to absorb them must be urgently addressed. Our education outcomes a sham, with matric certificate not revealing that the majority of schools with good results are Model C’s and those on the outskirts worsening in performance. We expect the President to declare a strategy of how to improve the poorest, marginalized and least funded schools in townships and rural areas as a long-term strategy. The curriculum has to be amended with teacher training colleges revived as a matter of urgency, if this government is serious about the redemption of our nation and its goals. The revival of governance and management in TVET colleges is something that must be prioritized. Revival of partnerships with industry, and complete restructuring of SETAs, using them to link industry to youth labour market using the subsidies and revenue in a more effective and efficient modus operandi. Reforms must take place. Billions have been transferred to SETAs over the last decade and the impact does not match the resources transferred. The proposed increased fiscus allocation to higher education of R12.5 billion, moving us from 0.68% to 1% of fiscus as a percentage of GDP is a positive move by the state as tertiary education cannot be the panacea for the wealthy, elite and middle class. It is a luxury that must be afforded to all South Africans for inclusive growth to be realised.

Our economy de-industrialising at a frightening rate, yet we continue to see a bloated fiscus that is unsustainable with a shrinking, unproductive economy. The economy is shrinking dramatically whilst the rest of the world is growing, with output rising, yet our own national output dwindled dropping to recession levels last year, and is currently at a dead stop. Last years growth estimations range in parameters below 1%, grossly below our East and Central African counterparts. Kenya, Tanzania, Uganda, Rwanda have been growing at more than 5% growth per annum during the same period, and are amongst the fastest growing economies globally. Yet despite our institutional and infrastructure advantages we have not made gains enough to dent unemployment, which is rearing its ugly head worsening to 36.4%. We need to include those who gave up looking for work a week ago in our discussions, they too remain unemployed. The announcement of land expropriation without compensation can be classified as a reminder of many other announcements, which we have not realised significant gains from. Economic access and inclusion remains a national project, with more than 30 million suffering poverty, 17 million reliant on state grants. Policy makers are correct to argue that these perhaps have pulled many out of poverty trap, however if handing out social grants has been the most effective source of declining poverty there is much more work necessary in growing our economy. This is the South African story, but other nations never rely on cash transfers alone, rather agricultural reforms, land access, improvements in health and education outcomes and financial inclusion (for the poor). Such improvements have enabled China to move 300 million Chinese out of poverty in less than two decades. Enhanced productivity, increasing manufacturing output and supporting exporting capabilities and placing greater emphasis towards improved intra-African trade we expect to hear within SONA. The primary and secondary sectors with the advancement of technological gains can enhance Africa’s gains in the 4th Industrial revolution.

Rationality and reason whilst ignoring values and the moral foundations of a society, with all the infrastructure and technical advantages, a country will find itself wanting. Moral decay has shown that without a value system in this nation, we cannot develop. The high levels of violence against women and children unprecedented, communities remain unsafe due to criminality and stability in our communities a long forgotten desire. If we are unsafe in our homes, places of worship, malls, schools it limits our fulfillment as citizens.

There is no country where the poorest of the poor remain on the peripheries, uncared for and we talk about sustainable development. Statistics say we are poorer, thus economic participation of all South Africans in building the nation must come from beyond receipt of cash transfers. The work of rebuilding the nation is a problem for all of us, not just the problem of government. Civil society, business, labour and government must work together to improve conditions for all. But we expect the state, and our newly elected President Cyril Ramaphosa to give direction on how the country plan will be informed by integrity. We must rebuild what is broken. Secondly, a coherent budget and implementation plan led by the state highlighting education, and boosting the economy for inclusive growth, so that we can include the most vulnerable. Moral regeneration must underpin our socio- economic development, with values coming to the fore of this new era. Devoid of the values of respect, truth, love, justice, dignity and equality, we will remain in a degenerative state.

Commissioner Nthabiseng Moleko is Commissioner for Gender Equality and is an Economics and Statistics Lecturer at University of Stellenbosch Business School.